How to: step launcher Print

Launchers appear in your application as small icons such as tooltips or hotspots. They take up minimal space in a user interface and make it possible for you to quickly grab users' attention. Use them wisely to not overwhelm your users.

With step launchers, you can:

In this article, we’ll discuss how to create a step launcher and when to use it.

The Launcher panel is available for each step in a walkthrough/tooltip topic.

To open the Launcher panel for a step:

To add a step launcher: 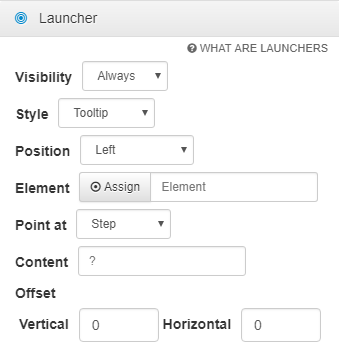 If the Step Launcher has been configured for a step (either always, when inactive or active), you'll see a small launcher icon in the step list for that step.

Note that you can also customize the appearance using CSS. 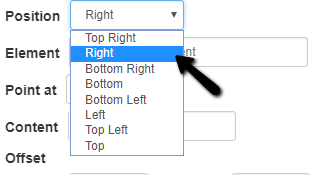 The authoring tool will choose the most specific selector. However, you can also manually edit the CSS selector. Editing the selector could be helpful if you want the launcher to appear on all elements with a specific class.

When testing different languages in the player preview, you need to switch the language in the Step Options Panel. You must have some content in the step content to make the switch. 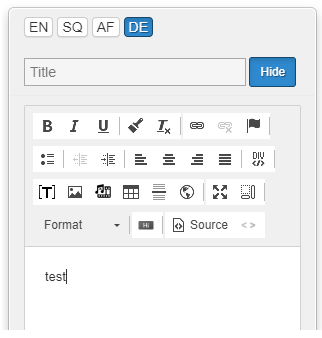 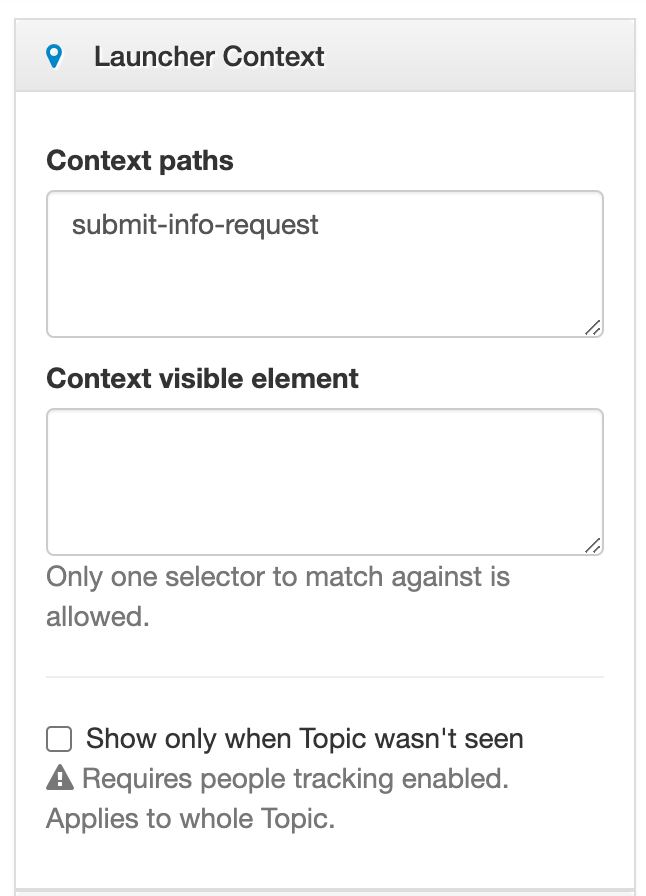 It's important to optimize your launchers and make sure they only appear where they are needed. If you don't, it will continue checking on every page if it will appear there, and if you had many it could freeze your application.

Custom Class - add a custom class to the Launcher. Read how to customize the look of launchers with CSS.
Title - add a text that will be displayed when the user hovers over the Launcher. This appears as browser title text.
Z-index - web pages with fixed, unmovable objects can use this option to adjust the position of the launcher from back to front and reverse.
Parent - if the launcher is behaving in a way that it is jumping when you scroll, you can tweak it by setting the launcher Parent to "Closest Parent".
Monitor - you can choose whether you want the element to be followed when you scroll. 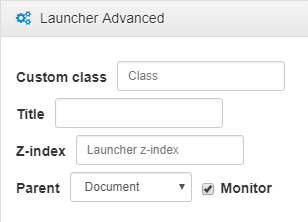 Awesome! You created a step launcher.

When to use a step launcher

Placing a step launcher gives your users easy access to go back to any step in a walkthrough if they need it. By default, a walkthrough brings users through an entire tutorial until it is completed, unless the user cancels it. With a step launcher, users can jump to 3rd or 4th step and complete a task from that point.

For example, you might have a walkthrough which includes tips about best practices across every part of a process to new users. You can add a launcher to each step, and a small icon will appear at the element assigned to that step, so your users can quickly recall the tip they saw.